The Best Western Kings Manor Hotel began life as a country house opposite the local market garden. Built in the early 1840s the house was named Rosemount. Later in the century the house became the home of a church Minister. Out buildings were converted to school rooms and dormitories for both local children and orphans. Towards the end of the first World War it became a convent and home for ‘young ladies in need of care and protection’. Towards the end of the 2nd World was the convent had come upon hard times, resulting in its closure. In the 1950s it reopened as a hotel. In 1976 the Solley family bought the hotel and have ran it ever since.
Since the 1970’s the Solley family have converted all rooms to en suite knocking several of them together to give the style of room that todays travel is looking for. They have also built an additional 52 modern rooms and one of the largest leisure facilities in the city.
The modern Bar and Bistro as well as the revamped Lauders restaurant prove popular with both guests and locals alike.

Best Western Kings Manor in Edinburgh offers free WiFi, a 20-metre swimming pool and a gym. Portobello Beach is just 10 minutes’ walk from the building. The railway station is 5 minutes' walk from the hotel.

Guests at Kings Manor can use the Fountain Spa Leisure Club, which has a sauna, a steam room and a beauty therapy suite. There is also a spa bath and a tennis court to enjoy.

Lauders Restaurant has a traditional menu, and guests can also enjoy the on-site bar and an informal bistro. In the morning, both full English and continental breakfasts are available.

With free parking on site, the hotel is a 15-minute drive from the centre of the city. There is also good access to the city centre via a bus stop outside the hotel. 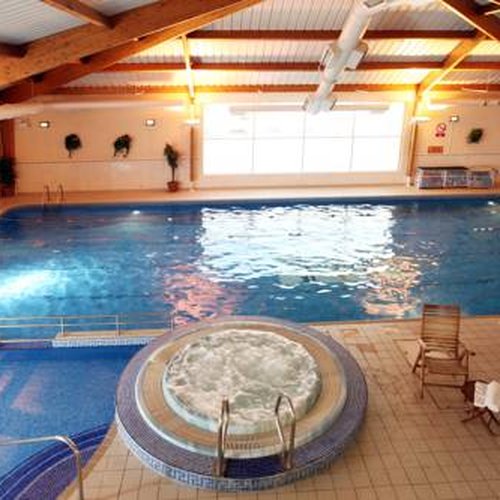